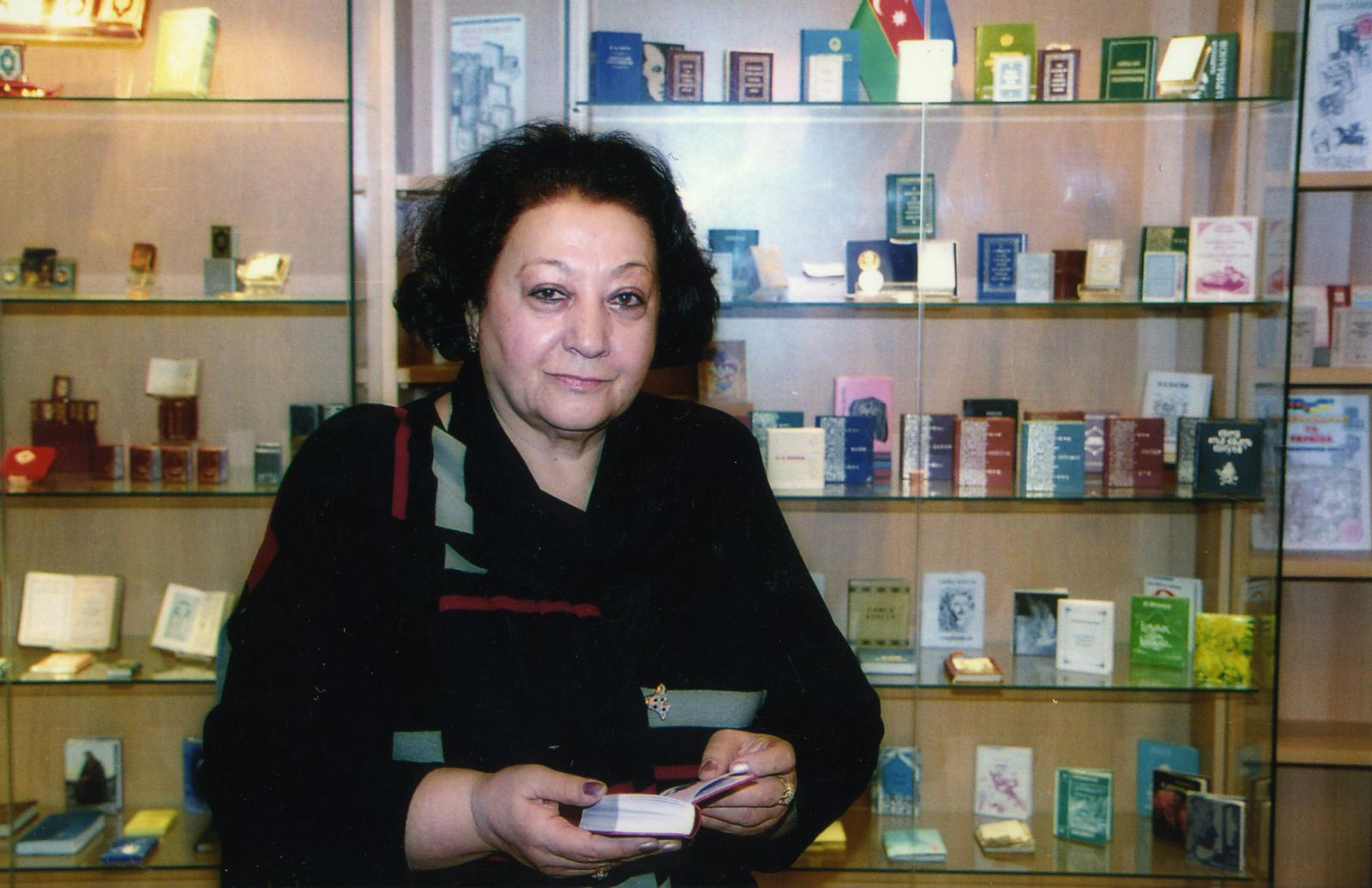 Salakhova Zarifa Teymur was born on February 2, 1932 in Baku. She graduated from the faculty of Philology of Azerbaijan Pedagogical Institute named after M.F.Akhundov and in 1968 she graduated from part time study of Moscow Polygraphic Institute (editor and publishing faculty). She is Honored Worker of Culture of Azerbaijan. More than 37 years she heads a nongovernmental organization – Voluntary Society for book lovers of Azerbaijan, in 1990 renamed the Republican Society “Book”.

Since 1990 – Chairman of Baku’s Association of Women of Azerbaijan. She is a member of the National Commission for UNESCO under the President of the Republic of Azerbaijan and elected to National Public Television.

Since 1992 – She is a member of Member of the Executive Body of National Olympic Co­mmittee, chevalier Order of “Glory”, Professor of Human Rights Institute of the National Academy of Sciences, laureate of the National Premium “Humai” and a “Messenger of Peace”. She was awarded the Order “Francisco Scorina” for many  years of the popularization of works of Belarusian literature abroad, for great personal contribution to the strengthening of humanitarian relation between Belarus and Azerbaijan, Badge of honor “For the friendship and cooperation” of Russian Cooperation Ministry of Foreign Affairs of RF.

Academy of Russian Language Arts in June 1999 awarded Zarifa Salakhova diploma “Adherent of education in memory of the 200th anniversary of A.S.Pushkin” and with Pushkin’s medal. On the occasion of the 30th anniversary of the International Union of bibliophiles in September 2004 awarded the Diploma and she was awarded the medal “The first printer Ivan Fedorov”. In 2004, the President of the International Olympic Committee awarded Salakhova Z. the IOC Diploma for her contribution to the development and participation of women and girls in sports.

September 2010 – received the Diploma of the 2nd degree of VII International Competition of the CIS member states “Art of the Book”; in December 2011 Ministry of Information of Belarus awarded  Certificate  of Merit for her significant contribution to the promotion of Belarusian books in the world, many years of  fruitful activity on expansion of international cooperation; in February 2012 The State Committee of  the Azerbaijan Republic on the problems of Family, Women and Children  has  awarded Zarifa  Salakhova Commemorative  medal for outstanding  achievements  in  the  implementation  of  the  state  policy for women; in November 2012 by the Decree of the President of Azerbaijan Ilham Aliyev awarded an honorary diploma in connection with the 20th anniversary of the National Olympic Committee and others.

In 2015 she was awarded with the Certificate of National Olympic Committee – President of the International Olympic Committee Thomas Bahc sincerely thanked Zarifa Salakhova for support of Olympic Movement. As part of Z.Salakhova’s miniature book collection fell into Guinness Book in 2015, she received “Guinness World Records” certification. In 2015 Z.Salakhova was awarded with “Gold Pen” media prize. In 2019, I was awarded the Golden Pride of Azerbaijan Order by the International Magazine “My Azerbaijan” and others.

“THE PUBLICATION OF MINIATURE BOOKS IN AZERBAIJAN BY ZARIFA SALAHOVA DESERVES THE HIGHEST APPRECIATION”. HEYDAR ALIYEV